The page is a work in progress. 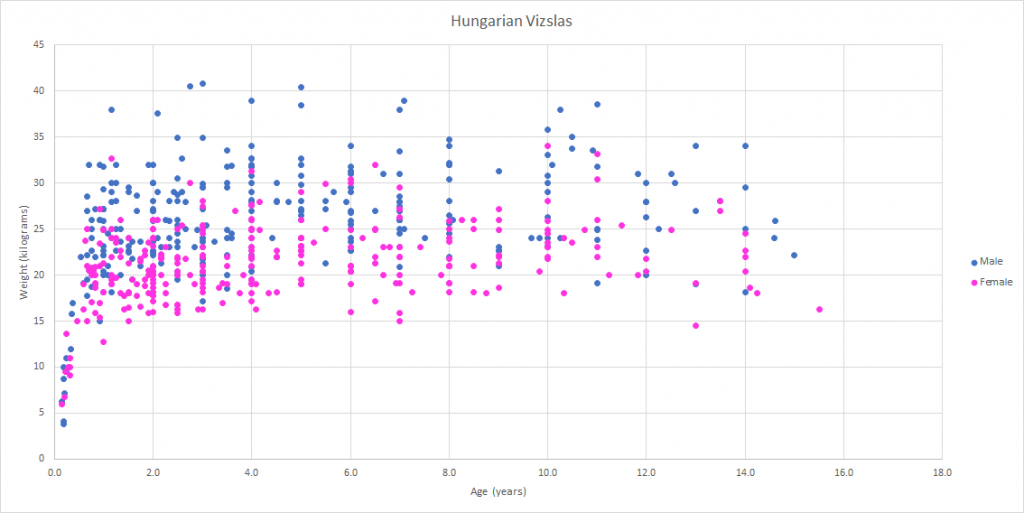 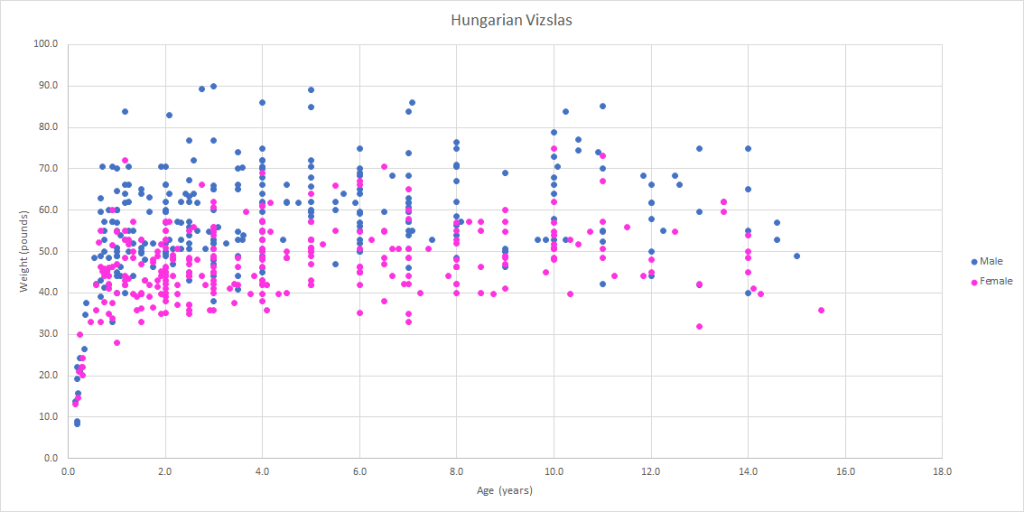 Most people will want to skip to the data scatter charts below, and then skip straight to the summary and conclusions.

Desktop research was performed to identify the Hungarian Vizsla breed standard weight. In most instances, breed standards do not refer to the weight. For example:

Hungarian Vizsla Facebook groups were used to collect the data.

The following questions were posted to the Hungarian Vizslas Australia Facebook page on 8 July 2019.

Seeking further data, on 26 July 2019 the following questions were posted to the Vizsla Facebook group.

The following should be noted about the data collection process.

Several limitations are evident in the data collection process: 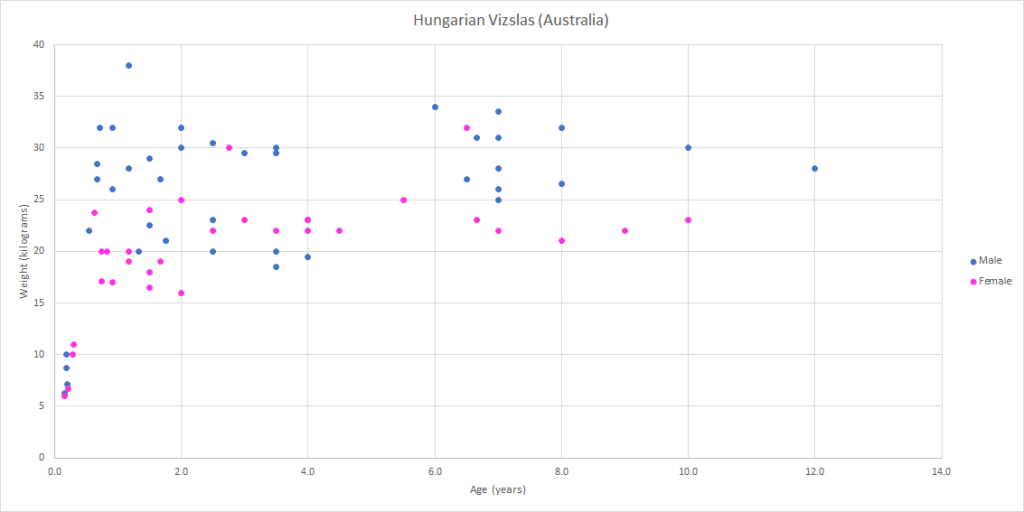 Figure 4 shows the responses from the Vizslas Facebook Group. In total, 518 responses were received (256 male, 262 female). Figure 5 is the same chart, but showing weight in pounds. 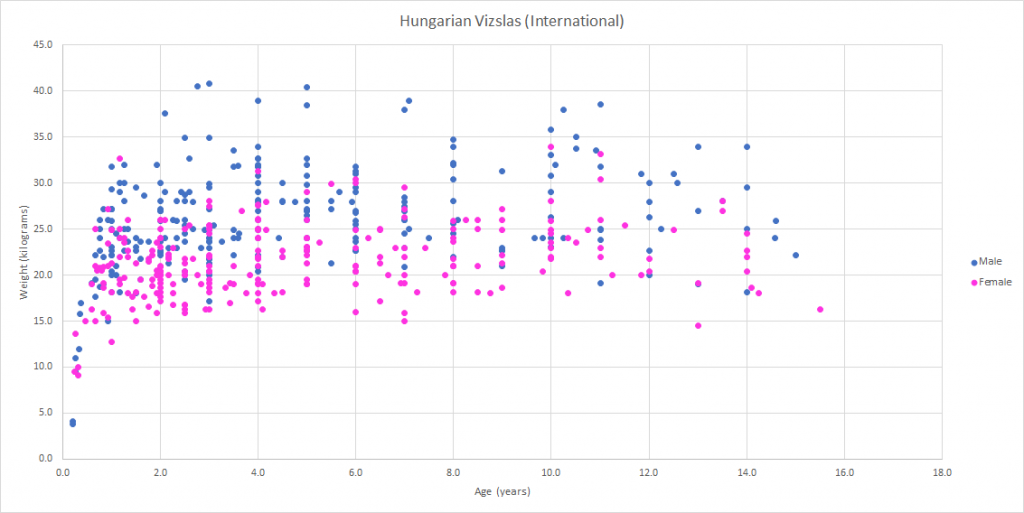 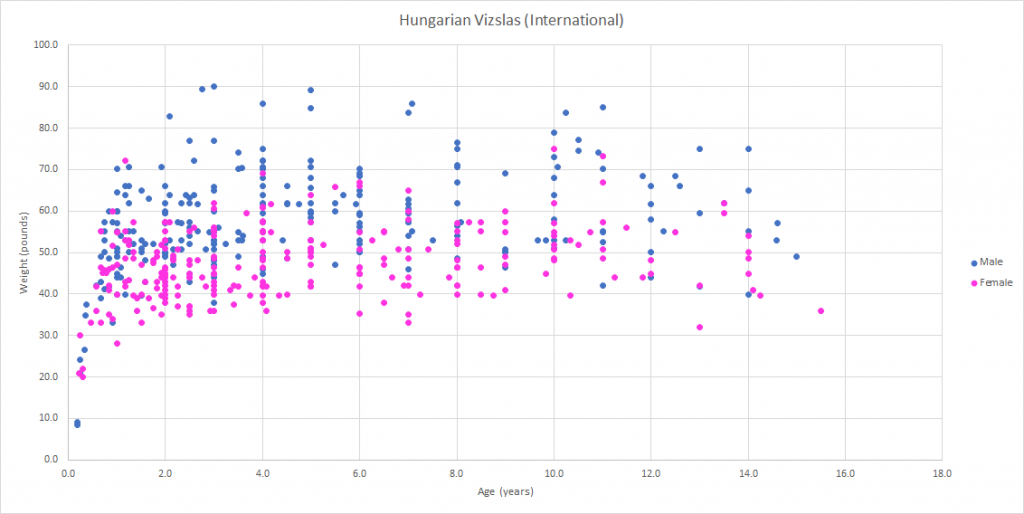 The data from the two sources was combined and sorted to identify the growth period of Hungarian Vizslas and the mature weight range. 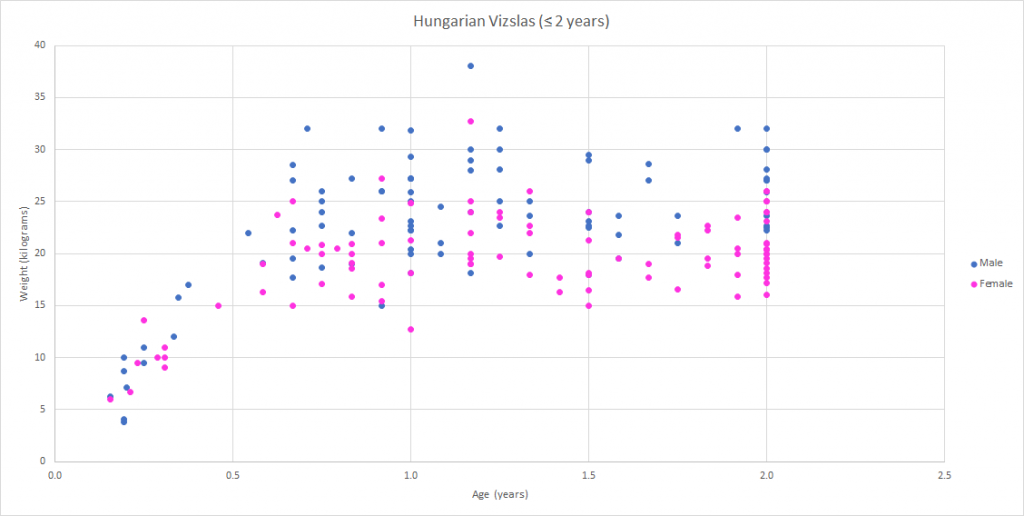 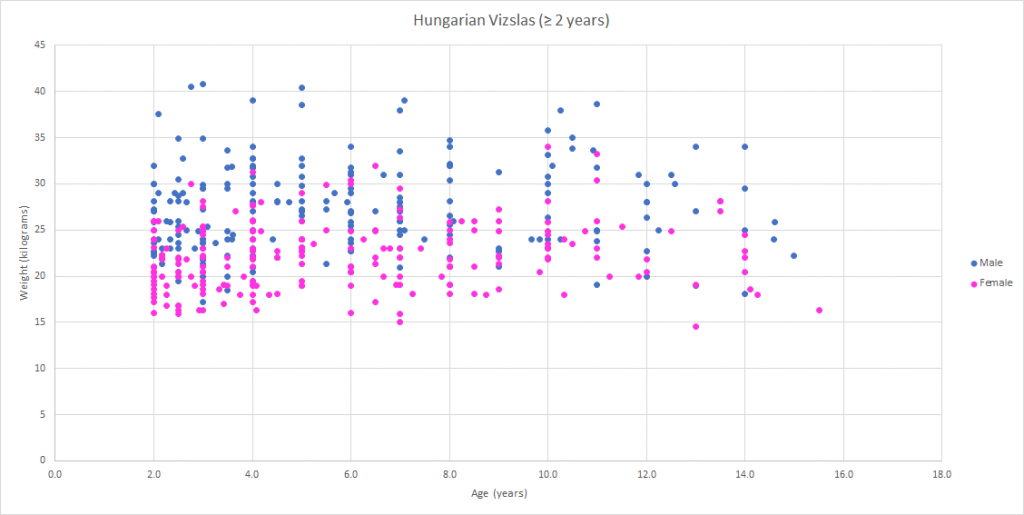 For the data geeks out there, the following descriptive statistics were prepared for the data collected for all Hungarian Vizslas (both Australian and International) aged two years or older (ie mature weights). This data is represented graphically in Figure 7 (above).

The frequency distribution for the data in shown in Figure 8 and Figure 9. 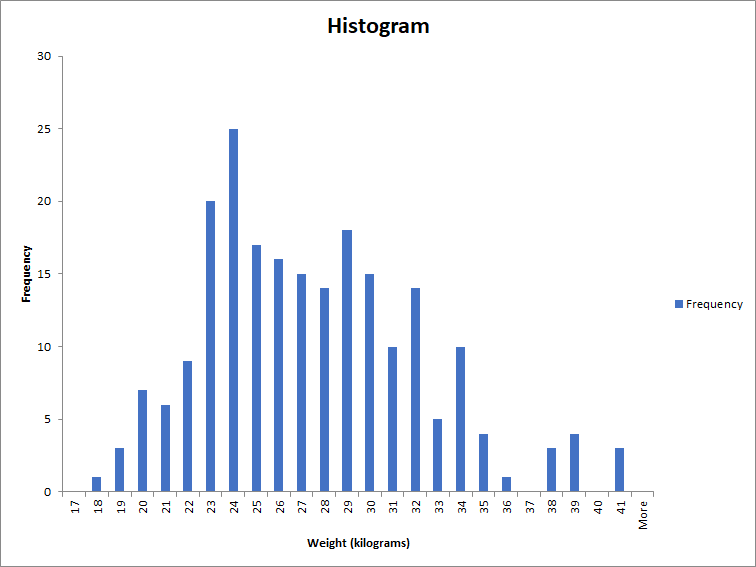 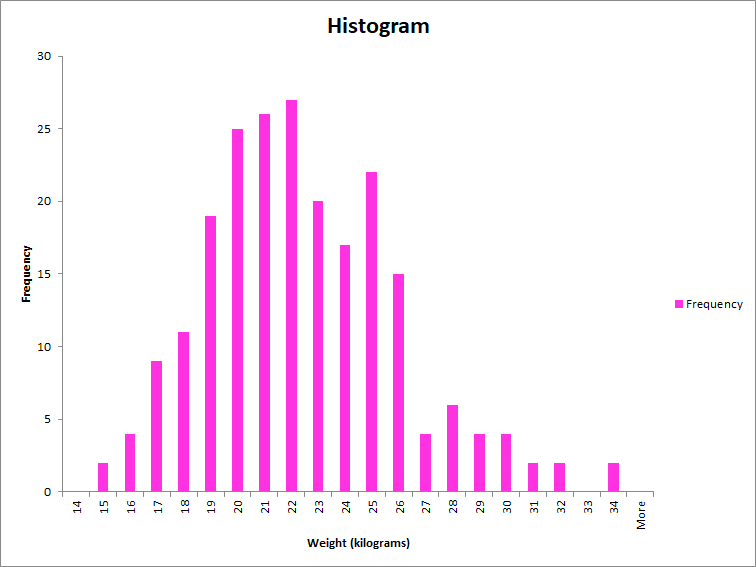 Following is a summary of the data of mature weights for male and female Hungarian Vizslas (two years of age or older).

The average weight of mature male Hungarian Vizslas in the sample was 27.2 kg (60.0 lbs).

It would be very interesting to do a further survey that resolved the limitations in the data collection process:

A different data collection process would be required to collect the above data, as well as a much larger sample size to make the data meaningful.