My Cooper Tires ATRs have performed faultlessly on my Toyota Prado during the last 25,000 km of driving in the city, bush, beaches and camping.

There was one thing that I remember from my university marketing 101 subject 20+ years ago. That was, if you want to increase sales, you can do one of three things:

Using elasticity of demand curves, somehow, you can work out where the sweet spot is between the three. It seems Cooper Tires has done just this, because they offer good value for money, have a great product and seem to spend big on advertising.

When I was originally trying to decide which tyres to purchase for my Toyota Prado, the choice came down to two tyres:

I ultimately decided on the Cooper Tires ATRs (see my purchase decision). I bought five tyres (including the spare) and have been very happy with the purchase.

While none of the above is extreme four wheel driving, the tyres have performed faultlessly. I have run the tyres down as low as 24 psi beach driving, and the rear tyres as high as 42 psi with my Toyota Prado fully loaded when camping. I normally run 36 psi front and rear around town (see my Toyota Prado tyre pressures article).

I have the Cooper Tires service done at the same time that I get my vehicle serviced — they both have a 10,000 km service interval. Balancing and rotating tyres is something that you should be doing anyway (you want to look after your investment in tyres don’t you?).

The Cooper Tires ATRs give slightly more road noise than the previous Goodyear AT20 Grandtreks that came fitted to the vehicle and as original equipment. The road noise certainly is not intrusive. You own a four wheel drive don’t you; not a limousine?

I have only done 25,000 km on the tyres and they still have plenty of life left in them. The tyres come with a 60,000 km guarantee, and I would expect this to be achieved. 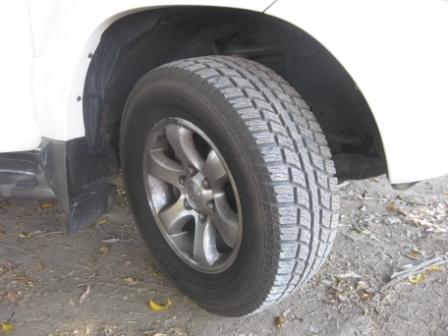 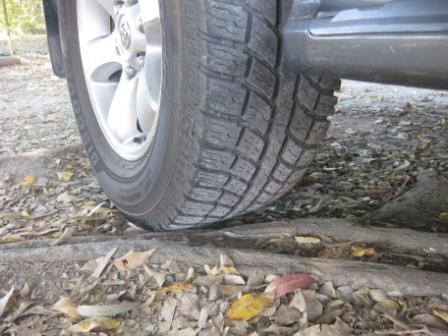 So why am I thinking of replacing the Cooper Tires ATRs later in the year when they have effectively only done half their life?

I am planning a road trip to Melbourne in early 2013. I am driving down in my Toyota Prado (via Bourke!) loaded with gear, while my family are flying down. We are going to have a two week family holiday. I then put my family on a plane back to Brisbane and my fun really begins — I am joining a tag along four wheel drive tour in the Victorian High Country, before taking the Newell Highway back to Brisbane.

For the Victorian High Country trip, I want some new rubber. I am thinking something chunkier — perhaps a set of Cooper Tires S/T Maxx? Watch this space …