I have been watching these being built over the last few weeks — Bicentennial Bikeway coffee, juice and community booths — the Bikeway Coffee Juice Bar — just under the end of the Go Between Bridge on Coronation Drive, just a few minutes ride outside the Brisbane CBD.

While perhaps not a full service café or coffee shop, they are likely to become a popular stop for cycle commuters and sport and fitness bicycle riders.

I was speaking with the barista and apparently the official opening is this Thursday (3 October 2013), but the coffee shop is likely to be open for trade in the next couple of days.

Let’s hope they serve great coffee because I would love to seem them be successful. 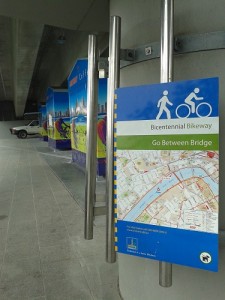 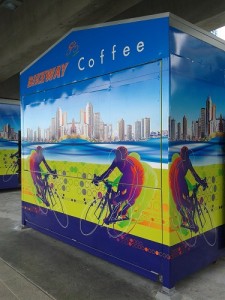