Backyard chickens make charismatic pets and lay eggs. We have two ISA Browns, an Australorp and a Leghorn chicken. Each breed has unique characteristics.

The big bird turned out to be a hen after all, so we have ended up with four laying hens — two ISA Brown, an Australorp and a Leghorn. We also have two large Hungarian Vizsla dogs and a tiny backyard in suburbia!

ISA Browns are technically a hybrid bird, not a breed. While my birds were sold to me as ISA Browns, they were not from a ISA breeder, so they may actually be a hybrid of some other breed and therefore not strictly an ISA Brown!

The ISA Browns lay brown eggs daily, although one of them occasionally misses a day — perhaps one out of seven days she does not lay an egg.

While three of our chickens are always together, one of the ISA Brown chickens is very independent. She is the most adventurous bird, whether it be entering the dogs’ area, trying to come inside the house, or something else. I used to think she was the stupid bird, but I now wonder whether she is just the most outgoing one.

The ISA Browns probably make the best pets for my children. They are happy to be picked up and cuddled and withstand some fairly robust treatment from my daughters. I spotted one daughter making an ISA Brown chicken give high fives with its claws a while ago. A few days later I saw the other daughter with a ISA Brown in a plastic tub. She had made a bed for it and only its head was sticking out between the sheets draped across the top of the tub. 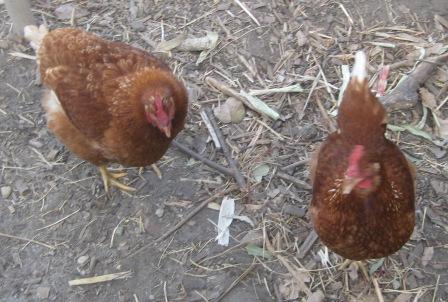 The Australorp is a large bird. At one stage while it was a chick, it was almost double the size of the ISA Brown that we bought at the same time (both were bought as three day old chicks). The Australorp was the one that we thought was a rooster, but has turned out to be a hen.

The Australorp is not as affectionate as the ISA Browns, but still does not mind being handled by my children. 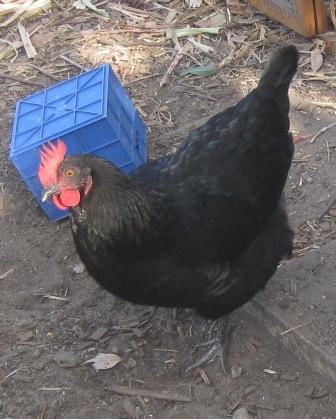 If you are buying chickens and have children, Leghorns are probably not the best choice. While beautiful white birds, they are the most timid and not keen on being handled. The Leghorn is always the bird that we have to chase around the yard to pick up.

The Leghorn is a lighter build than the others. With its skittish nature, it is therefore the most likely to get a fright and fly over the fence.

Drawbacks of having backyard chickens

Before you go out and buy yourself some chickens, a couple of things to be aware of: 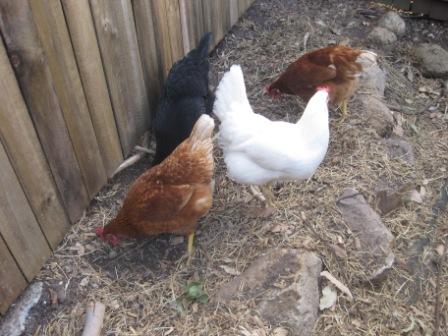