Let me get one thing clear first up — if you are looking for a saxophone for performance or professional use, have some self-respect and go buy an instrument costing a minimum of ten times the price of this instrument. Or go and get a new job because you obviously don’t value your tools of trade highly. This instrument is definitely aimed at the beginner student market. 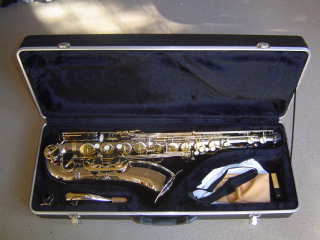 You are still reading. Okay, so let me tell you a bit of my story as to why I bought a Sterling dark nickel and gold Bb tenor saxophone STS-500DN from Student Instruments, and then what I think of it.

Why did I want a sax?

I played alto saxophone back in the ’80s as a teenager. After leaving school, I sold my sax and have not played again for 20 years.

About a year ago I dabbled playing guitar, but really did not get too far.

I have been playing nursery rhymes on recorder for my daughters and found it pretty easy to get around the fingerings. I began to think that I might get another sax, which is altogether a bit cooler than a recorder! But they were so expensive!

Most student level saxophones in music stores were starting around the $2,000 mark. Far too expensive just for the occasional blow. And then I cruised around eBay and found tenor saxophones starting from 96 cents!!

A casual surf around the internet will quickly reveal numerous web sites warning about the folly of buying cheap saxophones off eBay. And I suspect that many cheap instruments off eBay are rubbish.

So why did I shell out $395 for the Sterling tenor saxophone? Here are a few of the reasons behind my purchase decision:

Based on the above, I bought the Sterling tenor saxophone and met the seller the following morning to pick it up.

Firstly, the Sterling tenor saxophone is packed in a double box. The saxophone case is in an internal cardboard box, which is then packed with foam blocks in each corner inside the external box. 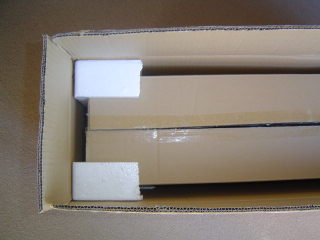 You would think with this level of packing, it would be hard to damage, but the seller had mentioned that they occasionally have tenor saxophones damaged in transit. Apparently being a rather bulky item, they can get thrown around and the instrument gets damaged in the case. It could be worthwhile considering insurance if you are going to get it delivered. This probably is not such an issue for smaller instruments. 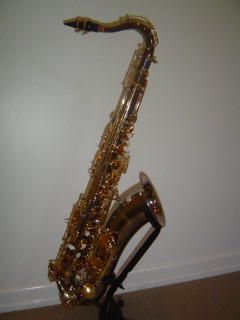 I assembled the saxophone and gave it a blow. A pathetic squawk came out, and it seemed not all the keys worked. I began to think that my rubbish bin would be very full this week when I discovered tiny foam blocks lodged in the sax key mechanism, obviously to stop mechanism movement during transit. After removing the foam blocks, the keys worked fine.

I am a little rusty after not having played for 20 years, but all the basic notes seemed to work okay. I kept cracking the G-note when running up and down the C-scale, but I think that with some practice this should stop (hopefully!) — watch this space.

The Sterling tenor saxophone case internals seem a little hard and do not fit the sax particularly snugly — mind you, if they are going to cut corners, I would much prefer they cut it on the case than the instrument itself! The case is perfectly okay for this instrument, but I would not be trusting it to protect a $5,000 saxophone. Incidentally, the case comes with a little indentation to fit a badge. Obviously these saxophones are made by a Chinese manufacturer and then sold under several brands. Again, I am happy for them to cut corners by leaving the badge off the case. 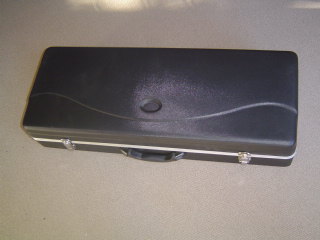 The Sterling tenor saxophone comes with a cleaning rod, neck strap, polishing cloth, two reeds, a reed protector … and a pair of white handling gloves. I don’t know about you, but I have never heard of someone wearing white gloves to handle their saxophone — particularly one at this price! I would prefer they ditched the gloves and included some cork grease.

Anyway, the upshot is that for $395, this saxophone is playable. I would not regard it as a performance/professional level tenor saxophone, but it should be quite suitable for me to play a few nursery rhymes for the kids and a bit of basic jazz for my personal enjoyment. I actually think that it is a good thing that there are playable instruments available at this price point in the market to encourage people to learn to play. After all, how many parents can afford to shell out $2,000 for an instrument that their snotty-nosed kid will bash around??

However, given the above and at these prices, I am considering adding an alto saxophone and clarinet to my instrument collection.