Birthday rolls around again (only once a year thank goodness!) and this year I received a Canon IXUS 90IS digital camera. I requested this snapper because I thought it would be a good, easy shooter for the family to use. Our old Sony DSC-P72 camera was more than five years old and desperately needed replacing.

However, in the process of selecting the IXUS 90IS, I decided to pick up a Canon Powershot A590IS as well. Me? A gadgets guy? My wife has only just worked this out after seven years of marriage …

The IXUS 90IS has a great solid feel, and has a range of automated settings and scene modes. The manual mode on this camera only allows you to play with a few settings — it is not a true manual mode. The camera has been bagged in reviews somewhat because of the controls. I agree to some extent that they are not particularly tactile, but once you get used to them, they are quite easy to use.

I have not yet had much of a chance to play with the Powershot A590IS. It has a range of automated settings similar to the IXUS 90IS, but offers the added feature of being able to be used in full manual mode. I am looking forwards to playing with this camera some more. 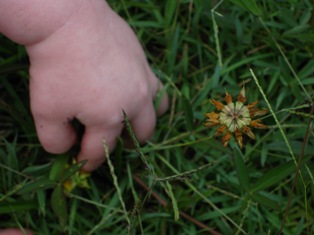