The Newell Highway is an easy, but somewhat boring drive. It is the main freight and transport route between Melbourne and Queensland, including Brisbane and north Queensland.

I had bought my Toyota Prado only two weeks before I drove the Newell Highway to get to Tasmania for a family holiday. I was to drive down; my wife and young children were flying down. I had four days to meet them in Tasmania, including the ferry trip across Bass Strait. I had decided to take it easy and drive Brisbane to Melbourne via the Newell Highway in three days. I think that next time I would try to do it in two as I was getting to my planned destination each day early afternoon.

I left Brisbane at around 5:00am on 19 December 2010 via the Ipswich Motorway, turned on to the Warrego Highway, then taking the Gore Highway from Toowoomba , briefly joining the Leichhardt Highway and Cunningham Highway at Goondiwindi, before the Newell Highway starts. 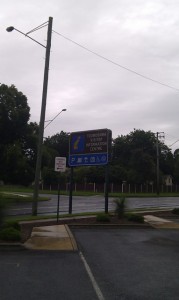 Early morning and raining in Toowoomba

Toowoomba was my first stop. It was around 6:35am, and a common theme was about to emerge — bad coffee on the road trip. The first service station I pulled in to did not serve coffee. They directed me to a service station a couple of kilometres down the road. The woman behind the counter gestured for me to go into the dining room and help myself — to Nescafe instant coffee and boiling water.

The Gore Highway, between Toowoomba to Goondiwindi, was one of the worst sealed roads I came across on my entire 6,700 km, 23-day road trip through four Australian states. In fact, it was worse than many of the dirt roads I also drove on during that time. At one stage, I hit a bump so hard that I hit my head on the roof above the window! I decided that I would not travel home via the Gore Highway. There were many trucks rumbling down the Gore Highway and the heavy vehicles have taken their toll on the road surface. 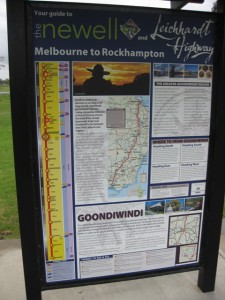 I took a brief break at Goondiwindi at around 9:30am before starting my drive down the Newell Highway to Melbourne. 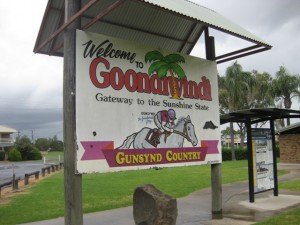 The Newell Highway is generally well-sealed and well-maintained. As one of Australia’s primary freight routes, it does carry a lot of B-double and semi-trailer trucks. We were all sitting on the speed limit, so I only needed to overtake trucks once or twice on the highway. Passing trucks in the other direction was never an issue as the highway had ample width, even though in most parts it was only a single lane in each direction. Despite the heavy vehicle traffic, the road is generally in good condition.

I stopped at Moree for a break, but then continued on to my first overnight stop at Narrabri. I stayed at the Narrabri Highway Tourist Village. I arrived there around 2:30pm, which was a lot earlier than I had anticipated. 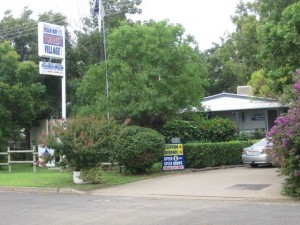 Read about Day 2 driving the Newell Highway between Narrabri and Narrandera here.

One thought on “Driving the Newell Highway — Day 1: Brisbane to Narrabri”