Day 3 of driving the Newell Highway was to take me from Narrandera to Melbourne. To read about my road trip from Brisbane to Tasmania and back, follow the Tasmania trip tag.

I had stayed at the Midtown Motor Inn overnight after the caravan park I was booked to stay at had flooded. I was quite happy with the standard of accommodation.

Before starting my drive for the day, I took the opportunity to take a walk around Narrandera. The town had many wide, open streets typical of many country towns. There were several houses that were obviously well looked after, while several business premises had seen better days. 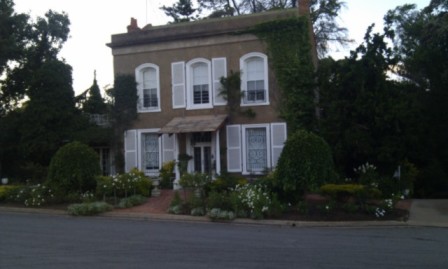 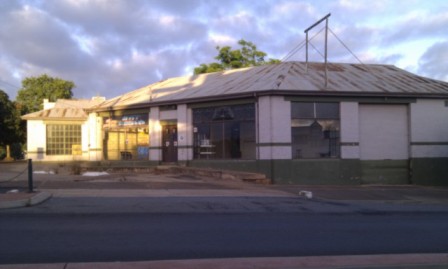 Day 3 driving the Newell Highway was a relatively short day. Because of the local flooding that had closed the Newell Highway bridge at Narrandera, I detoured via several back roads to Griffith before joining the Kidman Way and following it back down to the Newell Highway. I passed through several towns, including Jerilderie, Finley and Tocumwal in the Berrigan Shire.

Plane in front of the Griffith Visitor Information Centre 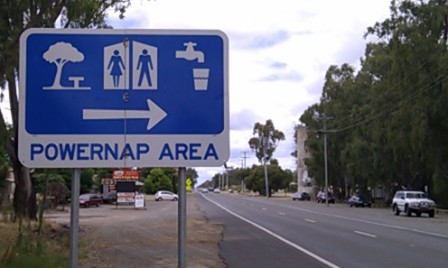 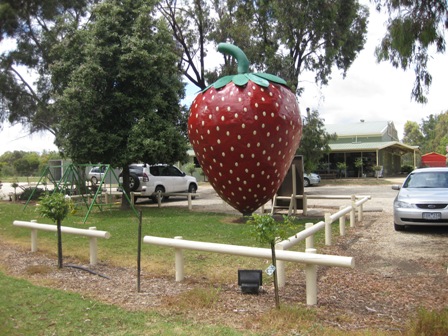 The Big Strawberry in northern Victoria

I stayed at a family members’ house in Melbourne that night before crossing Bass Strait the following day.

One thought on “Driving the Newell Highway — Day 3: Narrandera to Melbourne”