After two weeks holidaying in Tasmania, I dropped my girls off at the Hobart Airport, and then headed for home — more than 2,500 kilometres away! And I was going to take the long route home to Brisbane.

My first objective was to reach Devonport by 7pm that evening to catch the Spirit of Tasmania back to Melbourne. If I drove the direct route, that would have been a three hour drive. No big deal. However, I decided to go via the western side of Tasmania. I left the Hobart airport around 5:30am, arriving in Devonport around 4pm that afternoon.

This would have been a fantastic drive in a sports car or on a motorcycle — heaps of twisting corners and mostly good tarmac. I, however, was in a two tonne four wheel drive Toyota Prado with a boot load of camping and holiday gear. I knew I had a boat to catch by the end of the day, so I kept things moving along. I managed to get to know the Prado and tyres well enough that I could regularly get the tyres to the point of chirping (with delight) as I punted the beast around corners. Heaps of fun!

I left Hobart via the Lyell Highway, which I followed right through to Strahan. The first area of significance was the Franklin-Gordon Wild Rivers National Park. I kept to the road, taking in the scenery. 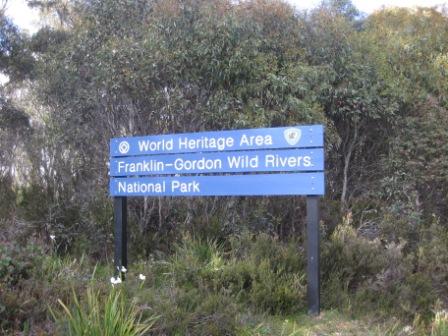 Driving towards the west coast of Tasmania, you emerge from the forest to the scar on the landscape that is Queenstown. Queenstown used to be as densely forested as the area you have emerged from, but gold and copper mining activities in the towns 110 year history contaminated the area resulting in a barren landscape. Vegetation is now slowing regrowing. 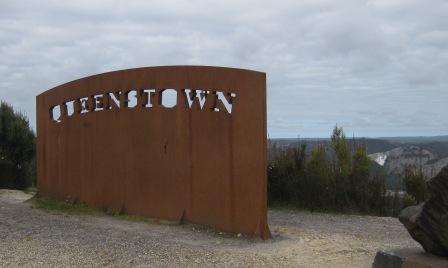 The environmental scar that is Queenstown 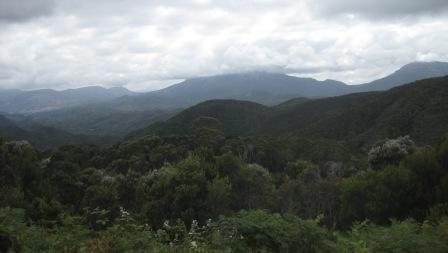 Part of my reason for travelling back to Devonport via Strahan was to see the Southern Ocean from the western side of Tasmania. Strahan is located on the northern tip of Macquarie Harbour, which while giving you access to the water, is just not the same as seeing the Southern Ocean with waves coming from Argentina. I followed signs along a dirt road towards Ocean Beach. This led me to a picnic/camping ground with beach access to a lagoon. But again, it was not the Southern Ocean. Running out of time, and not wanting to take my Toyota Prado on a beach for the first time so far from home, I turned around and headed for Zeehan, where I stopped for lunch.

The elusive Ocean Beach at Strahan 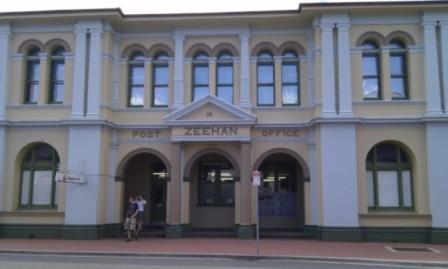 Several people during the morning that I had spoken with suggested that I drive via Lake Plimsoll, taking in the views of this scenic route. With no defined route planned, I headed south from Zeehan to Anthony Main Road to explore this route.

I then took the turn off to the Belvoir Road, which turns into the Cradle Mountain Road, with a highest point of 930 m and great views of Cradle Mountain. This seemed to be the most direct route to Devonport, but was a secondary road meaning lots of twists and turns at times. 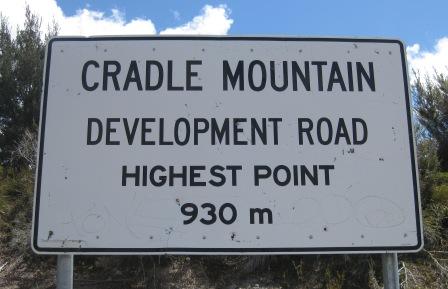 I arrived in Devonport in plenty of time to catch the Spirit of Tasmania back to Melbourne.

Spirit of Tasmania in Devonport

This was a huge day of driving, so do not try it if you have impatient kids in the car.

This article is part of my Tasmania road trip — further stories about this road trip can be found by following the Tasmania trip tag.

One thought on “Driving Hobart to Devonport, via Strahan … in one day”