Disposing of dog poo can be difficult for suburban dog owners. Over the years we have tried practically everything, from wrapping and putting it in the rubbish bin, to the biological digesters that go in the ground. Nothing worked well — and in fact some were downright disgusting and nauseating!

And then along came the worm farm — I bought a Reln Can-O-Worms and never looked back. We have a Hungarian Vizsla and a King Charles Cavalier. The worms happily eat through their poo. 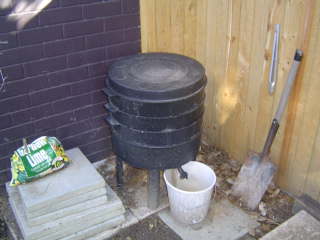 I wrote these worm farm tips for my sister, whose boyfriend has a Rottweiler, and thought why not post them on my blog too.

The farm should have a rainforesty smell if kept correctly — ie it should not stink!